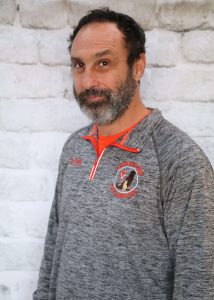 Dr. Biehl graduated from Purdue’s School of Veterinary Medicine in 1992. He opened Cornerstone Veterinary Services in December of 1998 after working as an Associate for fellow veterinarians for 6 years. Dr. Biehl’s favorite animal is a white-tailed deer, but he does have other animals at home. His dogs are Impy, a Pug, and Butters, a Damaranian (Dachsund and Pomeranian mix); Fury, Mira, Snicklfritz, Nyx, Mabel, and Sugar Bear are cats. Dr. Biehl also has fish.  He grew up on a farm and worked with large animals, both on the farm and in 4-H, realizing that he wanted to be a veterinarian when he was 11 or 12 years old. 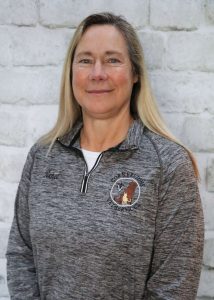 Renee Biehl, Dr. Biehl’s wife, is our Practice Manager. She has worked at the practice since its opening in December 1998. She can typically be found in the upstairs business office, but some have reported sightings in other areas of the practice. Her favorite part of her job is working with animals and people.

Dr. Richter has been with Cornerstone since May of 2014 as Veterinary Assistant.  She graduated in May 2021 from Michigan State University’s Veterinary School.  Alyssa has a Boston Terrier named Sebastian, and 2  cats, Melvin, a domestic longhair, and Mae, a domestic shorthair.  Dr. Richter’s favorite thing about her job is helping pets and their owners! 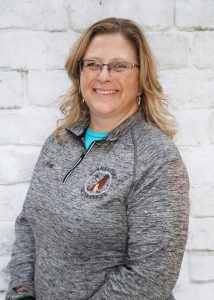 Romi Plath became the Office Manager in January 2013. Prior to that time, she worked for Cornerstone as a Veterinary Assistant from 2001-2003, and as a Consultant from 2006 till 2013. On her days in the practice, she can typically be found upstairs in the business office. She and her husband, Kenny, are empty-nesters, and  have an English Mastiff named Penny, are fostering a German Shepherd mix named Iris, and have 3 short-haired cats named Calvin, Stella, and Willow. She is Mimi to granddaughters, Ada and Adelia-Rae, and grandson, Weston. and loves spending time with them.  Her favorite part of her job is keeping everybody organized, encouraging her work family, and visiting with our clients and their pets. 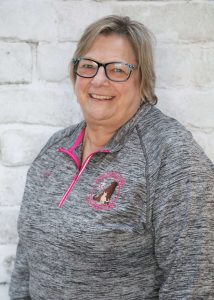 Ellen has been with Cornerstone since October 2006, and she is now one of our part-time staff members at the front desk. Ellen is the proud mama of many animals at home, especially special-needs animals, as she loves any animal that needs her tender, loving care. Her dog is a Shih Tzu named Sally Sue. She has 2 Sphynx (hairless) cats named Rocky (blue) and Rudy (grey and white), and 5 cats with hair named Joon (tortiseshell), Hazel Grace (black and white tiger), Phantom (orange and black tiger), Loni (calico), and Tea Pot (grey Maine Coon). Ellen also rehabilitates baby raccoons. Her favorite thing about her job is meeting people, seeing all the different breeds and pets that come to see us, and working with her bosses and co-workers!  God is Ellen’s center, and her family is the most important thing in her life. 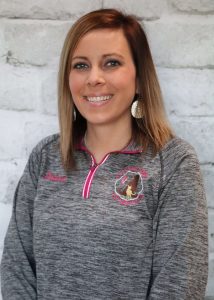 Marissa has been with Cornerstone since September 2012.  She can be found at the front desk or helping in the back with Dr. Biehl and Dr. Richter.  Marissa has a Saint Bernard named Maggie and a barn cat named Gibby, as well as boer and pygmy goats, ducks, and 4 donkeys named Peanut Butter, Jelly, Trump, and Obama, and 3 llamas named Ted, Lola, and baby Chip.   Her favorite part of her job is working with the clients and their animals – she loves being hands-on and learning new things!  Marissa is very involved in 4-H as a leader for Veterinary Sciences, as well as in working with her son, Blake, as he shows their farm animals and leads the 4-H Junior Leaders. 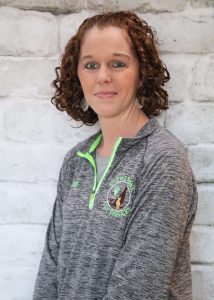 Casey has been with Cornerstone as Veterinary Assistant since April 2014. She works both at the the front desk and in the back helping Dr. Biehl and Dr. Richter. She has a Presa Canario named Phoenix, a Golden Doodle named Ellie, cats named Precious, Pearl, and Nugget, and a whole flock of chickens!   Casey’s favorite part of her job is assisting our clients and that no day is ever the same – always fast-paced and interesting!

Barb started as Veterinary Assistant in August of 2017, and you will find her at the front desk when she is in the office.  Barb has 2 Shih Tzus at home, Buster and Abbe, a Shihpoo named Milo, and 2 cats, Benx (grey tiger) and Mocha (blue point Siamese).  She loves meeting and greeting the guests (or clients), and of course, petting and holding all the dogs!

Elisabeth has been with Cornerstone since August of 2016, and she works at the front desk and in the back with Dr. Biehl and Dr. Richter on Monday nights and Saturdays, as well as various other times when she fills in for her co-workers. She is a student at Ivy Tech in Fort Wayne, studying education, and works full-time for the Metropolitan School District as a teaching assistant.  She has a Blue Heeler Maizy, an American Quarter horse named Freckles, and 2 cats, Hershey and Twix.  Her favorite thing about working at Cornerstone is learning and helping the pets that come in.

Ellie is our newest team member, joining Cornerstone in September of 2021 as a Veterinary Assistant. She works both at the front desk and in back with Dr. Biehl and Dr. Richter. Ellie has 3 dogs: a Shihpoo named Cash, and Australian Shepherd named Ryder, and an Australian Shepherd named Cooper, as well as a cat named Alvin. Ellie loves everything about her job so far, but her favorite part is being able to help the animals. She loves seeing the progress of the ones we see frequently, as well as seeing the new puppies come in and having the opportunity to see them grow up. Ellie also loves seeing all the new faces!